Laura Linney returns in her Golden Globe® winning role for a new season of The Big C, the hit Showtime Original Series about living… with cancer. After spending most of season one ignoring her illness, Cathy Jamison has decided to fight back. “Bring it on,” says Cathy, as she enters an experimental clinical trial while continuing to live life to the fullest in this heartfelt and surprising comedy.

Season ONE on The Big C:
Upon learning about her illness, Cathy decided it was her turn to act up, confronting her immature husband, spoiled son and her selectively homeless and wildly outspoken brother. She formed new, unlikely bonds with her grouchy neighbor Marlene, saucy student Andrea and neurotic friend Rebecca. She also decided to forgo treatment and live her life to the fullest each day. But once the truth came out about her diagnosis and Marlene suddenly took her own life, Cathy changed her mind. The first season ended with Cathy submitting to a grueling experimental treatment whose outcome is far from certain.

I had hoped that my blog posts would return from the Bermuda Triangle.....But, I can see they are long gone now!
I have been up to my eyebrows in fabric...cutting and sewing eco towels for my Zibbet Shop .  The have soft flannel on one side and a light weight terry cloth on the other side.  The benefits of a lighter weight terry is that it dries a lot quicker than a regular wash cloth.  I am also making unpaper towels and assorted wipes. 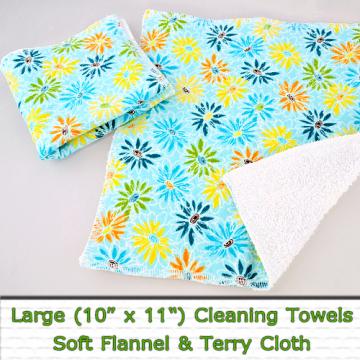 I have never been a big fan of traditional paper towels and love making eco-friendly, products for my shop. I am sewing some birdseye towels and researching natural dyes.